Do you know how to polish the poop?

Years ago I worked for a rather profane leader. The man knew how to drop a load of invective, although he did have the social awareness to know when he had to be reserved and when he could cut loose and carpet F-bomb the room.

Sometimes while he was inspecting warehouse operations he would comment while he nit-picked the details of the operation. "I am just picking the peanuts out of the elephant poop," he would say. (Usually he would substitute a four-letter word starting with the letter s for the word poop.)

These end-of-the-operations-day inspections happened every day. In most cases it was just me and the boss passing through the warehouse. The first few weeks he did not find peanuts—he found real, epic failures of good warehouse-keeping practice: pallets missing pallet tags, shrink-wrap hanging down six feet off the pallet, a pallet in the middle of the aisle, mixed product in a pick location; the list was extensive. Each transgression would start a sixty-second lecture on what was wrong. The more severe or numerous the failures, the more heat, smell, and color his lectures would have.

There were a few times in that first month when I really hated that guy. There were days when I wished there were some real poop to throw at him. 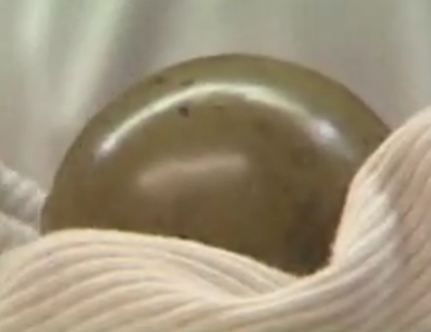 But as time went on, the level of issues dropped, and day by day, I would translate the invective from the day before into educational sessions for the guys on the warehouse floor. These guys were supposed to know what to do, they just were not doing it. It was not an issue of training, it was an issue of riding them and saying "no, that is not how we are going to do this" over and over and over again.

The inspection tours continued, and the infractions became much less frequent and much less severe. Soon it was stuff like pallets overhanging the pallet beam by 1/2 inch, cartons on a shelf that did not have all the labels facing out, pallet jacks not parked in formation, and spider webs in the racks.

That was when he started to talk about the peanuts in the elephant poop. The attention to detail did not stop. And I kept the pressure up on the warehouse team. As much as they thought I was nuts, I assured them that the boss was pointing out every one of these infractions. They would shake their heads and we would address the latest issue, no matter how small and trivial the peanut was.

The inspection tours continued to be colorful, and my vocabulary of colorful words and phrases expanded every day. I learned some terms in three different languages, English, Spanish, and Portuguese. It wasn't as much that the words got more interesting, but the combinations, and how the combinations were applied. The same three words could come in 27 combinations, and some were specific to certain things that my manager would see. In 300+ tours, I got to hear his whole Lexicon three or four times.

Near the end of my time there, about a month before I transferred up to the corporate office, I started to hear one that was new.

"You know, you really got this poop polished." (Again, substitute a four-letter word that starts with t). "I did not think that anyone could polish a poop, but it looks like you did it!"

For years I thought it was just a figure of speech. There are some folks who have worked with or for me who have heard me use this line. At times people would tell me it could not be done, and I would replay that with patience and determined attention you could polish poop.

This week someone sent me this video that clearly demonstrates that, really, you can, polish a poop. Enjoy this instructional video. How can you apply it to your operations?

Why Should a Supply Chain Manager Care About Financial Performance?

Driving With the Rearview Mirror: The Second Monday