Driving With the
Rearview Mirror:
The Second Monday

This story is a true account of my first warehouse management position in the mid-1980s. PCs had not made it to the desktop. The system was a mainframe green screen. If you wanted to run numbers, you worked a desk calculator. There was no e-mail, no voice mail, and people actually smoked in their offices. These were the good old days.

A week after I started as a warehouse supervisor, my DC Manager, Tom, started to worry about a handful of measurements:

Every day at 8:30 a.m., we had a meeting in his office. The DC secretary (we did not start calling them administrative assistants until years later) would come in and post the numbers on the whiteboard that faced the DC manager’s desk. 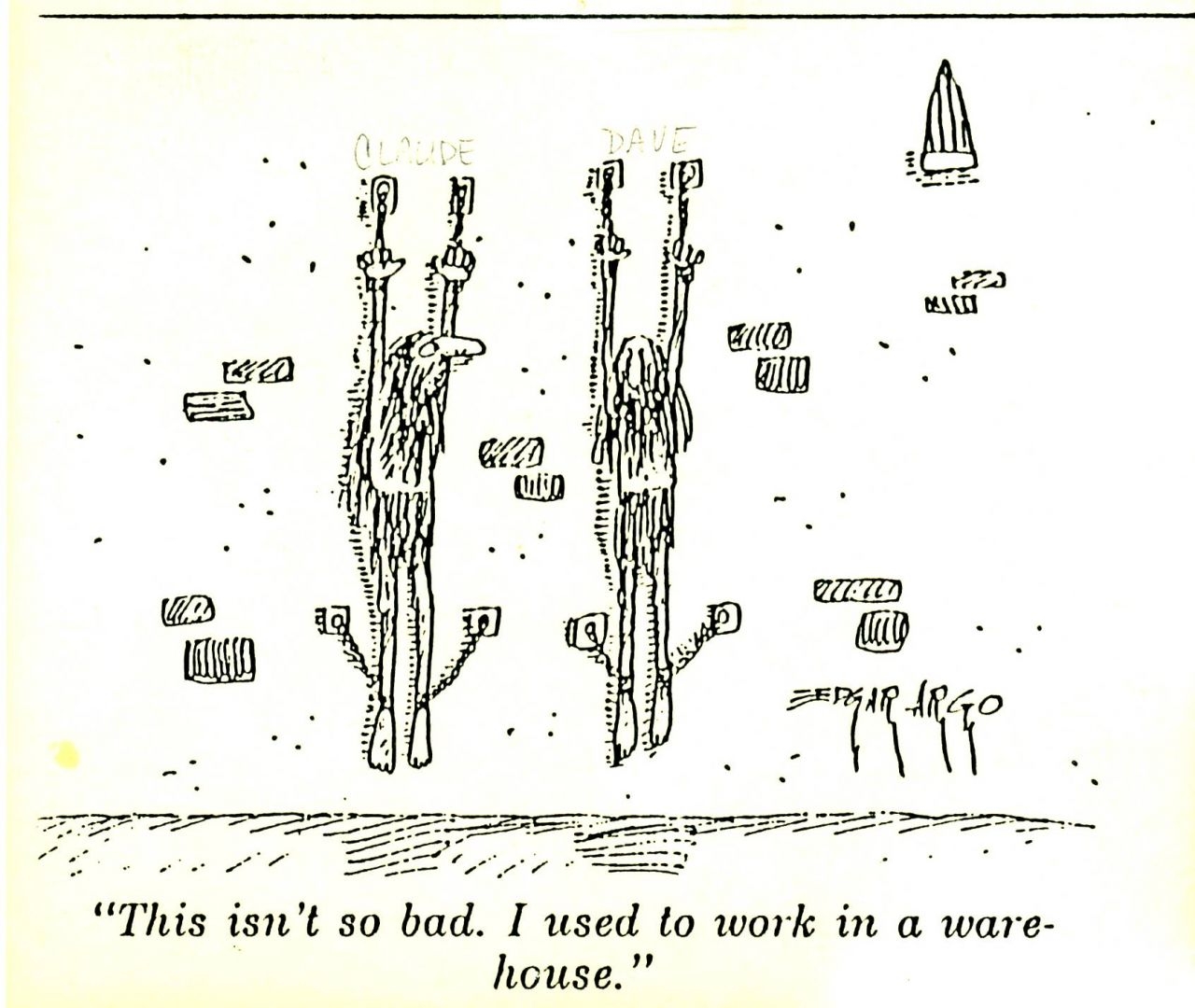 Labor dollars divided by shipment dollars yielded a ratio—the percent of labor cost to cost of goods shipped. This was the daily number that could make me a hero or a goat. The goal was 2.0%. If the factor was under 2.0, all was good in the world. If it was over 2.0, I had better have a reason why the number was above the line. To be sure, a weak demand in shipments was not an accepted reason.

We started this morning ritual just a week after I started working at that DC. I was a first-time supervisor. The operation had never had a supervisor in the warehouse before. Not only was I new to the DC, but my role was new to the DC. When Tom started to track the numbers on the board, everyone thought it was my idea. It wasn’t all my idea. At the end of the first week, I said that I felt I had no idea what to aim for. We talked about what would work, and I remember saying that I wanted a daily goal to focus on, something that measured my effectiveness.

That got Tom thinking. Monday morning, he showed up with the whiteboard and hung it up on the wall. We had our 8:30 meeting, and he told us he wanted six numbers on the board, every morning, before the morning meeting.

The process was new to everyone. By far, the payroll dollars was the hardest number to do. Sherri, the DC secretary, had to calculate the payroll hours and dollars first thing every morning. She hated the thought, and asked Tom why we were now doing it.

“Dave feels aimless. He wants a daily measurement,” Tom told her. Sherri’s glare was hot enough to melt steel. Well, that was a great way to win friends and influence the co-workers as the FNG (fine new guy) on the job. For the rest of the week, every day we sat down for the daily meeting, Sherri would post the numbers, making a comment about the new guy who felt aimless.

If that was not bad enough, when we all sat down Monday morning a week later, Tom added a little fun to the process. We totaled up the shipment dollars, labor dollars, expense dollars, reported errors, and integrity lines for the week. He then had Sherri calculate the labor percent and expense percent.

Tom broke the silence, asking Sherri to step up to the board.

Tom picked goals out of thin air. He looked at the labor percent for the last week. It was well over 2 1/2% for the whole week. He told Sherri to write down a great big 2%. Next was the expense ratio. It bounced between 1.75 and 2.25%. He told Sherri to make that 1.5%. The trucking factor was over 3%, so he set that goal at 3%. Discrepancies tracked over 30 for the week – so he declared the number to be 15 for the week. The final number, integrity report lines, was over 50. Tom set the goal at 25.

Arbitrary? Of course it was. Tom was the leader. As the DC manager, Tom was King. Yes, the company owned the facility, but it was Tom's kingdom to rule. So he had every right to set our performance goals.

We all looked at the board for a minute. Claude and Sherri turned away first, looking at me like I was a condemned man. That was until Tom spoke up.

“Claude, you run the trucking. That trucking cost better drop to 3% by the end of the month.” Claude looked like he’d swallowed his cigarette.

Tom said, “You get the discrepancies and integrity lines too, Dave.”

“Daily or weekly?” I asked.

“Weekly for this month, as we are getting started. But daily next month,” Tom said. He then kicked us out of his office.

The next morning, the board was clean. Tom had cleaned the board and drawn lines for columns and rows. Ten columns across and seven rows down. The top row held the titles:

The rows were titled for each day of the week, with a total at the bottom.

Sherri posted the numbers. None met the goal.

“Dave,” started Tom, as he lit a cigarette, “what happened to the labor yesterday?”

I wasn’t prepared. I had no idea what had happened to the labor. I thought about it for a moment and shrugged, saying, “I don’t know.”

Let’s call that a mistake.

“Well! That is not an acceptable answer! I expect a better answer tomorrow!” said Tom, blowing smoke my direction. He then turned to Claude and asked about trucking.

“It was a heavy day with loads to Tucson,” said Claude. Claude looked at Tom, and said nothing else.

“Hell, Claude! That is yesterday’s news! What are you going to do about it today?”

Claude fumbled with his lighter and lit a smoke as he thought about what to say. “I can see if we can run Tommy on an extra Tucson run on Wednesday. That keeps a run from Polzen and cuts the costs.”

“How much does it cut?” Tom asked.

Looking at the board, and then at me, Tom asked “What is your plan for these discrepancies? We are one day into the week and there are already four on the board.”

“I figured out one of them,” I said. “We got the wrong product in the pick. I’m going to audit the vendor today and make sure we don’t have any more.”

Driving With the Rearview Mirror: Looking Ahead, Not Behind