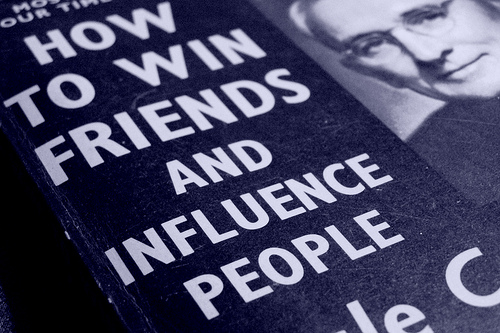 Influence is a soft power. With the right kind of influence and a skilled hand wielding it, a manager or executive can appear to be lucky. Properly wielding influence allows great managers to become great leaders. Becoming a master of influence is vital to progression upwards in any organization. While they are often held in disdain by those who lack influence, leaders who allow themselves to be influenced by the needs of the people around them develop great influence in their organization.

Title is not necessarily an indicator of influence. In every organization there are middle managers who have more influence on the direction and success of the company than many of the executives. Within every organization there is a shadow leadership group, a group of people who lead and influence without the benefit of title or official position. These people can hold incredible power to determine the success or failure of any department, facility, or project, or even the sustained success of the company itself.

Do you remember your high school days, and the different social cliques? Who were the leaders of those cliques? Who were the real leaders of your college fraternity or sorority? The same thing applies in the business world. Influence is easy to spot when you pay attention. If you meditate upon your past objectively, you will find examples of influence.

The leadership coaching line is, "If you want to influence others, first be ye influenced." Watching objectively the behavior of others and adjusting your behavior is allowing yourself to be influenced. Allowing others to influence you does not mean that you give up any power or position. Allowing yourself to be influenced, and carefully choosing how you change your behavior, allows you to learn about the interpersonal dynamics of the people inside your organization. Observing these interpersonal dynamics influences how you think, and how you will address your needs.