Reminded of
the Laws of Physics

I once had a great conversation with a former airline flight attendant. We talked about the different things we had seen in our collective time in business travel. While I may have 30 years of business travel under my belt, dating back to the days when there was a smoking section in the last four rows of a flight, she may have more air miles amassed than I do, since she has flown four days a week for almost five years. 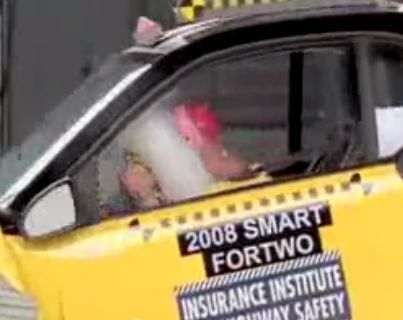 Our conversation turned to turbulence in flight. For so many people it is nothing more than a bumpy ride, the nagging by the flight attendants about buckling up the belts, and the flight deck messages about looking for smoother air. In 30 years of air travel, I have had my share of rough flights, on which the carts remained parked and there was no meal or drink service. It does not take much to make one of those beverage carts rocket into a passenger.

In all that time, I’ve had only one flight on which people and equipment levitated. This happened back in the late 1980s, and I am not kidding when I say levitate. People and stuff flew up and hit the overhead storage units and the ceiling of the cabin as the plain dropped over 5,000 feet in a matter of a few seconds. I had my seat belt on, but the Bloody Mary mix of the person sitting in my row covered me after it hit the roof. That passenger hit the roof too, so for a few moments I was more worried that we were covered with something other than just Bloody Mary mix. Luckily, nobody suffered any real injuries from the episode. Still, I learned a lesson about staying buckled early in my flying career.

Just about any flight attendant has a turbulence story. In my conversation with this former flight attendant, she shared a story about a time when just getting into the jump seat in the back of the Boeing 737 became a struggle as the plane dropped several thousand feet in a few seconds.

“Forgetting the laws of physics will kill you,” is what she said.

She told me about the stubbornness some mothers would display about holding their children in their laps on flights. These mothers would argue and tell her not to underestimate a mother’s strength, and insist that if it got rough they would be able to hold onto their children. I have to admit, my family has always flown with babies in laps, and the fear of severe turbulence has always been far from my mind.

Her comments about a mother’s faith in her strength reminded me of the confidence of another class of self-assured people, SMART Fortwo owners.

The Laws of Physics

“Forgetting the laws of physics will kill you.” I remember using that exact line in an article in 2008,  inspired by an everyday event. That article was about a near accident involving my Ford F-150 pick-up truck and a Smart Car Fortwo on a rain-slicked road. As I approached the intersection with a green light, traveling just below the posted 35 mph speed limit, a little Smart Car started to make a running right turn into my lane of traffic. The driver did not even look to see if there was traffic coming his way until he was two feet into the lane, ¼ of the length of the car.

Bushes and hedges close to the road partially blocked the visibility of this intersection. I could see the blue color of a car moving on the cross street as I approached. As the nose of my truck entered the intersection, I saw the nose of the car pull out into the road in front of me. Quick reflexes and a lack of oncoming traffic saved the day as I turned sharply into the opposing lane of traffic to avoid the blue streak of small car. The Fortwo was moving slowly enough that the driver was able to avoid hitting the side of my truck as I drove by.

There was no accident. I pulled into the post office a block west of the intersection, as did the driver of the SMART car. The driver, a skinny guy with a thin beard, followed me into the Post Office (coincidentally, he too had business there) and started to talk to the person next to him in line about how quickly his new SMART car had stopped, just missing an accident. I turned around, looked at him, and said that if there had been oncoming traffic in the opposing lane I would have just hit his car at 35 mph and sent him to the ER.

He looked at me for a moment. I then added that the front passenger-side bumper would have connected with his shoulder, and the force of the impact with an object having three times greater mass would have messed up the smaller object.

Don’t forget the laws of physics.

That article attracted the attention of a lot of SMART car lovers, who were rather sure that they would survive such an accident better than I would. Still, they were not ready to gamble their cars, or their lives, to prove their point or win an argument.

Here are a few videos to consider.

From the NHTSA 2011 20% frontal impact tests. These are very clear high frames-per-second videos of a frontal crash in which only 20% of the target car is impacted on the driver’s side. Look at the interior shots, like the one at around 3:14 showing the camera angle from under the driver’s seat looking forward.

Smart Fortwo vs. a Mercedes S-Class in a offset head on crash. It is in German, and we don’t get the whole story. But look at the way the car bounces, and the way the dummies bounce inside the car.

Smart Fortwo vs. a concrete barrier. Note there are no dummies in this test. You have to wonder what kind of bounce there would be inside the car.

Why Do You Want to Shop Transportation?