The Seven Ways
to Resolve a Problem 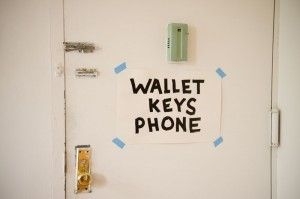 Decades ago, while researching an academic paper, I discovered a small technical periodical that focused on computer science and data processing. Often the pages would contain little space fillers, just short quips that filled out the rest of the unused column. The reference cited for the fillers was often “MacDonald’s Notes.” I had no idea who MacDonald was, and the publication did not have anybody named MacDonald working for it. I copied the ones I thought were most thought provoking and kept them on my desk-side bulletin board for almost twenty years until I lost them in one too many office moves.

The Seven Ways to Resolve a Problem was one of MacDonald's Notes that I continued to study, meditate on, and incorporate into my practice of management today. The original list was just seven action statements. Over the past few decades I have added my interpretation, the product of my experience and meditation. My title changed from Solve to Resolve because some resolutions can’t be called solutions, since they really don’t solve the problem, only the symptom.

This is the simple answer to normal problems. 2 + 2 = 4. Nothing more than the simple application of known processes and procedures to solve routine and not-so-routine problems.

3. Make It Someone Else’s Problem

The person with the problem dies. Doctors deal with problems like this all the time. There are ways to use death as a resolution. In war you kill the guy attempting to kill you. In street gang warfare and geopolitical struggles, a problem can often “disappear.” You could have asked Castro how he liked to deal with dissidents.

Business, social, and political problems are often the result of bad rules, the lack of rules, or a lack of enforcement of the rules. Business conditions change, but often the business rules don’t. If the conditions change, we should, as managers, look to see what changes must be made, or what new rules need to be developed. This is a creative but frustrating process. Examples abound where there is pressure to change existing rules. Making exceptions to rules can solve a customer service issue (once or twice), but the customer solution creates profit problems for the company.

At the scene of a massive accident, the first-response medical team performs triage. They make decisions about who gets treated and who doesn’t, and then make an effort to stabilize the injured for transport to better facilities where there are experts who can really fix the problem. We treat the symptom but we never solve the root cause of the problem. Most customer service departments are nothing more than triage.

7. The Problem Resolves Itself

Just as conditions can change to create a problem, conditions can change back and the problem disappears. This is the hopeful “happy ending” of resolution option #2. Ignore it and it will go away. This can also happen when the people who are creating the problem become “educated” and learn how to work around the problem. This is another form of customer service solution:  the unhappy customer goes away to another supplier, solving the customer service rep’s problem but creating another for your company.

What methods are you using to resolve problems? Which is your favorite method? Why do you think I have these in this specific order? When was the last time you used death as a resolution?

Another Seven Methods of Disposing of Problems