Too often, managers think that simply inviting their employees to make comments about a plan is enough to get them to open up and contribute. If only it were that easy. The reality is different from the perception. If there is a high level of behavioral trust between the leader and the employees, then yes, people may feel comfortable contributing ideas. If that trust if missing or damaged, however, employees are much less likely to feel comfortable enough to make insightful comments.

Why is it important to get subordinates to buy into the boss’s ideas? Shouldn’t the boss’s position be enough to win the team over and move the project forward? The boss is The Boss for a reason. Isn’t the boss’s authority enough to convince the group to accept the will of the boss?

When managers attempt to use the authority channel to move ideas that change the process, they fail. Surprising as it sounds, while authority works to establish discipline and obedience to existing rules, it is a weak method for promoting new ideas and change. People develop discipline to conform to a rigid culture, or they develop self discipline because they see the need to build internal rigid norms. We see how authority fails to force change whenever judges sentence celebrities to court-mandated rehab. Unless the person feels the need to change their behavior, the behavior will not change.

Few business enterprises have the formally written rules of the military. Instead, they have culturally reinforced norms. People learn what is acceptable behavior working in a given environment, and those who fail to comply are compelled to leave.

Change Is the Game

When we attempt to change the way an organization operates, we are attempting to change the behavior of the people in the organization. To get people to change their behavior, it is necessary to motivate them; from their point of view, what is in it for them? To figure out what motivates each member of a team, we have to ask questions at the atomic level, at the level of each person.

Asking people to voice questions in a group requires trust in the group. Trust is a difficult attribute in group dynamics, because it goes beyond the simple ability to say “I can believe them.” The trust that people are looking for in a group session is respect-based trust: “I trust these people not to ridicule my questions.” While we think that respect is a given at the department conference table, what we really see is deference, not group respect.

Deference is yielding or submitting to the judgment of a recognized superior; respecting the boss. Deference is necessary in any group that looks to a leader for guidance; the leader is presumed to have knowledge and wisdom that nobody else in the group possesses. Earned deference is a powerful glue that binds a group to its leader, because the group does not challenge the wisdom of the leader.

Deference can be dangerous. Too much respect for the boss' vision can lead to willful blindness to problems. Too much dominance on the part of the boss can lead to willful withholding of concern — either out of fear or out of animosity — on the part of the team. The domineering boss can create both conditions in a group. “I am afraid to speak up because the boss will not listen, or will ridicule me,” is fearful deference. “I am not going to say a thing because he is a jerk,” is deference borne of animosity.

Look back at your own experience. How many times have you sat at the meeting table and decided to say nothing out of deference based on fear or animosity? 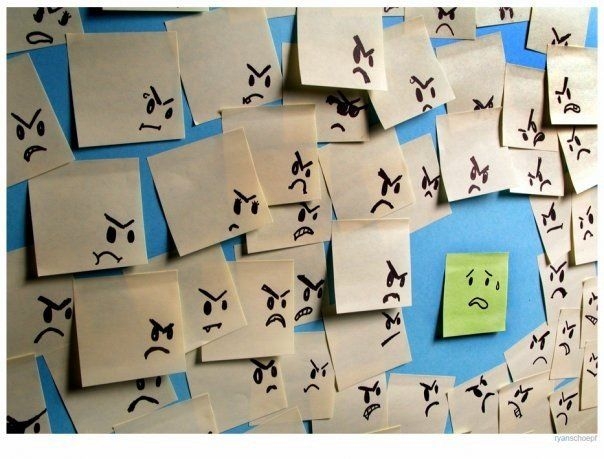 Deference is dangerous to enterprise change. The smaller the enterprise making the change, the more dangerous deference becomes. The challenge to making change in an organization is not persuading people to make the change. The challenge is building respect among the members of the team, and building trust in the group so that people are willing to expose their fears and concerns in order to make change happen. A leader must keep his control loose, trusting the intentions of the people they lead to do what is right for the group.

While deference is dangerous, it is also necessary. It is courteous regard, providing the social lubricant necessary to build trust and respect. When we show deference to others in the group, we are demonstrating respect for their options, their feelings, and their thoughts. Without that deference, people do not open up to ask questions that illustrate their intentions or their concerns.

Putting It Into Practice

What appears above is thick. You could say it is dense thinking. If you are still reading this by this point, wondering if it is worth the effort, hold on. This is where the theory above gets put into practice.

Recently, I wrote about how a rapidly growing small company needed to change. The leader had great visions of how the company could grow, and he understood that the way the company operated needed to evolve. Focused on the team, he knew that the team not only had to accept change, they needed to help drive the change. The owner did not use the term deference, but he did understand and use the term respect. He expected respect. He gave respect. But that was not enough.

Walking into the conference room that day, I knew how to get the group to voice their questions. I had an opportunity to make the owner an observer in the discussion, not a participant. He could speak, but he did not have to. We would get the people to speak.

Working with this team for a week, I got to know their behavior. They needed help verbalizing their questions in a group setting. They needed a different structure, something not part of their routine, to ask questions. I knew these people had questions about the planned changes. What work would move to them? What work would move away? With a slight hint of fear in their voices, they asked these questions. Some of these people had been in the planning meetings, others had not. It was clear that they did not feel comfortable with the changes, mostly because they did not know what the changes would bring.

I walked into the conference room with a whiteboard, Sharpie markers, and 3x3 post-it notes. Before the meeting started, I talked with the accounting systems consultant to learn about her interaction with the team, and to find out whether she had done any process-flow mapping with them. It was clear she had spent most of her time with a few people — mostly the boss, the CFO, and the bookkeeper. Most of the time the boss did most of the talking, along with the company CFO. The rest of the crowd went along for the ride.

That had to change. These people had to ask the questions that troubled them the most. They needed to feel safe enough to ask those questions. Only by getting them to ask these questions could we defuse the doubts, fight the fear, and clear up the uncertainty.

Asking people to write a question down encourages a different set of behaviors. Writing takes more effort, and the written question is lasting, while the spoken question is transient.

After some brief introductions in the meeting, I gave each person three 3X3 post-it notes and a Sharpie marker, and these simple instructions:

Using the Sharpie marker, and just the three Post-its, write down the three questions you want answered before you leave the room today.

I gave the group only two minutes. That sounds like a short time, but it is sufficient, because it feels like an eternity in the moment. As each person finished, I invited them to come up to the whiteboard, where I wrote each of their names and stuck the questions up in order of importance.

Not everyone complied. One person did not have any questions (not a surprise, since he was very reserved). One person only had one question (but his was a doozy of a question). Everyone asked about what was on their minds.

Then I handed the floor over to the accounting consultant, with simple instructions:

To her credit, the consultant stood and delivered. Using those questions as the framework, she explained how the system addressed (or did not address) the team’s concerns. This enabled the consultant to talk about the benefits of the changes — how the company benefited, and how each of the employees benefited. In 75 minutes, all the doubt, uncertainty, and fear dropped away. The consultant gained respect by respecting the team’s questions. And the team earned respect by asking those questions.

The meeting finished ahead of schedule. People walked out with a better understanding of what the changes meant to the company, and to them. More important, the team walked out supporting the program with more enthusiasm than when they had walked in.

They understood what was in it for them.

Leadership Change Trust Respect why contribute chain of command authority channel acceptable behavior What Is In It For Them? deference animosity make change happen CFO Post-its