They Call It Turkey Day Back Where I'm From 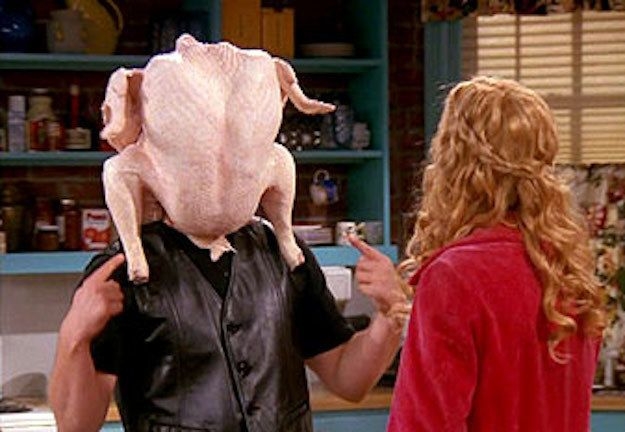 November is a special time of year—food, friends, family, and festivities. That time of year is riddled with tradition.

It starts in October, when folks get stressed out by the first holiday tradition. They know it’s coming. They go through it every year. It’s that famous question. The question that they’ve known the answer to for months, but have avoided for as long as possible, so as to not piss off anyone. November rolls in and then the hammer gets dropped: “So where are you spending the holidays this year?” Married couples fear this question. They dread having to answer it and deal with the “family holiday visit plans.” My sister and her family do the traditional (and politically correct) thing every other year. One year with our family. One year with the in-laws. It’s safe.

One of the oldest holiday traditions is the annual Kirkwood-Webster Groves Turkey Day football game. The term “Turkey Day” encompasses much more than football. The weeks leading up to it are packed full of festivities. There’s the Friendship Dance, which is held every year as a gesture of friendship between the two schools, the hall decorating contest, Tacky Day (when you wear the rival team’s colors to school), and Spirit Day. There’s an all-school pep rally and an even bigger pep rally and bonfire the night before the game. And then there’s the game itself, when thousands of people converge on campus, reconnect with old classmates, and cheer on their team in hopes of either keeping or winning back the Frisco Bell. Turkey Day in Kirkwood is loaded with tradition.

And if you’re a supply chain professional (or if you work in retail) then it’s time for the annual holiday push tradition. Year after year, grocery store shelves are stocked heavy with cream of mushroom soups, cranberry sauce, gravy, and turkeys. Liquor stores load up on gift packs. Retail stores are adorned with holiday decorations and the hottest “must-haves” for Christmas. And Christmas music and commercials are everywhere.

It is a supply chain holiday, the culmination of sales, promotions, purchasing, production, imports, delivery deadlines, holiday delivery schedules, ramping up inventory, seasonal packaging, holiday assortments, and new products. So what does all that hard work we logistics people do for the holidays add up to?
Take a look at some of these interesting Thanksgiving statistics from the USDA National Agricultural Statistics Service:

$7.8 million:  The value of U.S. imports of live turkeys from January through July of 2011, 99.7 percent of which came from Canada. When it comes to sweet potatoes, the Dominican Republic was the source of 60.1 percent ($3.2 million) of total imports ($5.3 million). The United States ran a $3.6 million trade deficit in live turkeys during this period, but had a surplus of $41.7 million in sweet potatoes.

116.7 million:  The number of households in the nation—all potential gathering places for people to celebrate the holiday. Source: U.S. Census Bureau, 2010 Census

And how does all this stuff get from the farms to the stores to your table?
Logistics.